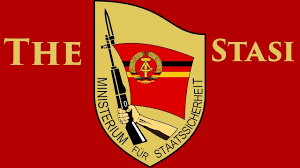 On November 9, 1989, I was on night duty as a medical student at the Hanover Teaching Hospital. Just before midnight, one of the nurses who happened to be on her break in the staff room called me to come over and watch events unfolding on TV.

“The Berlin wall has fallen!”, she said.

“You are joking!” was my reply.

“Serious! Come and see things for yourself!”

As I watched the historical events unfolding, thoughts of my personal experiences with the dividing concrete wall came to mind. I recalled in particular, the confrontation I had with the Stasi, the infamous East German secret police on September 4, 1984.

In pursuance of my goal of studying medicine, I had embarked on an adventurous journey from my little village Mpintimpi in Ghana to the then West Germany. My first stop was West Berlin, which was a capitalist enclave in communist East Germany.

To travel from West Berlin to West Germany by road, one had to drive about two hundred kilometres through East German territory. The journey was permitted along only a few specified routes, the so-called Transitstrecke .

The Transitstrecke were under intense surveillance by the East German security forces. They did so not only through their physical presence—in the form of patrols, hidden observatories at several points on the roads—they also made use of modern electronic surveillance devices.

A little over two years after my arrival in West Berlin, I gained admission to the Hanover Medical School. In my attempt to travel from West Berlin to Hanover in the north of West Germany, the East German immigration found issues with my passport. Subsequently, I was detained by the Stasi –the East German Secret Police. In the aftermath, I underwent several hours of intense interrogation through several officers of the infamous secret police organization. Their main concern, as they later revealed to me, was that they suspected me of being an agent of the US army (the US army had a sizable military presence in West Berlin at that time).

Poor me! The village boy from a little settlement in rural Ghana, the son of two impoverished peasants caught up in the bitter Cold War between the East and West, between communism and capitalism!!

As one can imagine, I did all I could to convince them that I was an ordinary citizen and had nothing to do with the CIA, FBI or any other US agency.

After several hours of interrogation, at a time when I had virtually given up all hope of being set free, a top official who had been called in by the lower ranks to make a final decision on the matter, on seeing the admission letter from the medical school I had produced “in my defence” allowed me to continue on my journey.

As I watched the wall of Berlin being torn apart on November 9, 1989, the thoughts that went through my mind was–how did the Stasi officers I encountered, individuals who left no doubt in my mind as to their determination to go to any end to defend their nation from “the machinations of the evil imperialist and capitalist forces” , to quote one of them ,react and adjust to the changed situation? How did they cope with life under a system which, judging from what they told me during our encounter, they genuinely despised?

*Those who wish to read a detailed account of my stay in divided Berlin between 1982 and 1984  may  read my book:

or the slightly abridged edition

A Plea for Optional Celibacy for the Catholic Clergy