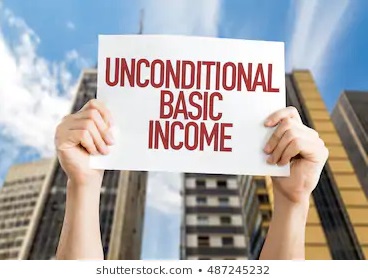 In a weird dream experience I had in April 2018 , residents of Mpintimpi the little impoverished village where I was born, decided to dispatch a delegation to draw the attention of their President to their appalling plight.
Eventually, the determined villagers took their case to the West, which their President identified as partly responsible for their predicament. In frank exchanges with German Chancellor Merkel, EU President Juncker, British PM Theresa May and US President Trump, they made their concerns known.
What began as a petition of a tiny village went global, culminating in a global poverty march a la Greta Thunberg’s Global climate movement, with millions of people from Sydney to Accra, Manila to Sao Paulo and New York marching for urgent action aimed at world-wide poverty eradication.
As part of the global campaign against poverty, a Poverty Crusaders conference attended by delegates from slums, shanty towns, ghettos, squalid settlements etc all over the globe took place in the plenum of the General Assembly building of the UN in New York .
The global summit of the poor and underprivileged came up with a ten-point action aimed at global poverty alleviation.
Over the next several days, I will share with the world a shortened version of the plan.
Those who wish to read the detailed account of the campaign of the “Poverty Crusaders” to end world poverty are referred to the enthralling book POVERTY CRUSADE—A little African village’s campaign against world poverty.

“WE DEMAND TWO DOLLARS MINIMUM DAILY INCOME FOR ALL!”

We the poor and destitute of the world, demand the mandatory introduction
of a global welfare state system in every member state of the UN to ensure that
a basic minimum standard of living, set by an independent commission
of experts, is guaranteed for every resident of planet Earth, irrespective of
their places of residence.
Under the system, every resident of the world, regardless
of where they reside, will be guaranteed the minimum sum of
money to ensure the barest standard of living.
An independent international commission of experts will
meet annually to set the figure. As a start, we are proposing a
basic income of 2 dollars per day. This amount will be paid to
whoever falls through the poverty net in developing countries.
In our view, every human being, of our common human race, notwithstanding their
race, colour, religion, political affiliation, etc., should be guaranteed the minimum
standard of living to be set by a panel of experts.
We shall leave the fine tuning of details in the implementation
of such a scheme to international experts. Surely, a world
that has the brains to send humans to the moon will not be unable
to find experts to work out the details required for the successful
implementation of such a scheme.
This system does not call for the abolishing of social welfare
schemes already in place in various countries. The global
scheme, instead, is only intended to supplement the existing ones.
Some may argue that with the introduction of the scheme,
countries will fall short of their responsibilities to their citizens.
That is a legitimate fear. We are however, confident that if proper
measures are put in place by the experts, such a situation could
be averted.