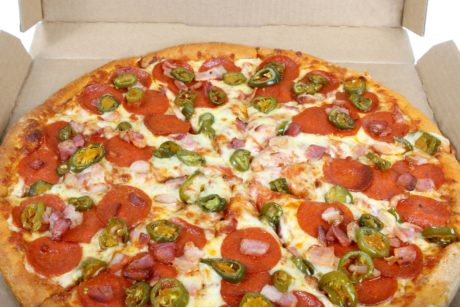 Hello, fellow human beings. Please pay attention as I share with you a pleasant experience I had on the very first day of June, in the “year of the coronavirus”, 2020.
Before I proceed, I want to declare that I am a person of African descent.
The reason, why I have decided to make that known to the rest of the world is not accidental. I do not want to reveal further details now – they will become clear at the end of the narration.
So here we go.
It was Monday 1 June 2020, around 10:30pm, UK time. I had worked much of the day (from 9am till 10pm) as a doctor on the healthcare unit of a prison in a city about 90 minutes’ drive from my home. I had been sent there by my agency. Since I was due to work a similar session the next day, I decided to stay in a hotel instead of driving home.
I was hungry; I had not eaten much during the day due to the busy session. On my way to the hotel, I made a detour through the centre of town to order a take-away.
As I drove along, I turned on the radio and tuned in to BBC radio. They were reading the 10pm news bulletin. Much of it
revolved around the tragic death of George Floyd and the demonstrations it had triggered in several places in the US and across the globe.
Eventually I pulled my car to a stop near a fast food restaurant. The first instruction I received on entering was on the issue of social distancing (I had forgetfully drawn quite close to the person ahead of me in the queue). “Welcome to the post coronavirus world”, I murmured. What I have so far not mentioned is that I had been working in the town for a while. Usually I ordered from a Chinese restaurant. The practice was to order half an hour before the close of my duty. When I did so that particular night, the system told me the shop was closed, which I later found out to be a technical hitch.
After being in the queue a few minutes, I was handed a menu. Let me stress the fact, I was entering the shop for the first
time and so was not familiar with their menu. Was it because I was not familiar with the menu? Was it because tiredness had led to a loss of concentration on my part?
In any case, I misread the menu. Initially I thought I had ordered two small portions of chips plus two portions of salad to go with it. As it turned out, I had actually paid for two pizzas and two portions of chips!
The error became apparent to me when, after waiting several minutes to be served, I decided to approach the assistant to find out what was causing the delay.

“You ordered two pizzas and two chips. Please be aware that we need some time to prepare them.” “Two pizzas and two portions of chips?! How do you expect me to eat that much food on my own!”
“Sorry, it is too late to cancel; we have already started preparing the order”. “Never mind; you keep the money and serve me one portion of each.” “What should we do with the remainder?”
“You eat it yourself, or give it to someone else!” “No, we are not hungry; you have ordered them – you take them.”
My goodness, what am I going to do with such an abundance of food?! I wondered. The thought of ending up having to throw part of the order away filled me with anger.
Still confused as to what to do with the surplus food, I collected the order and stepped out of the building. I had barely taken a few steps in the direction of my vehicle when two shabbily dressed young men – some may call them junkies – who had been hanging around the building approached me. “Sir, can you please give us some money for food? We are hungry!”
“You don’t need to buy anything; I have something for you.!” “What?” “Freshly prepared pizza and chips!” So saying I reached into the paper bag containing the order, removed the bigger of the
two pizzas and a portion of the chips and handed it to them. “Good man! God bless you, fellow!” they said, as if with one
voice “Thanks; I need all the blessing that I can get!” I replied and walked away.
How delighted I was! Indeed the thought of being able to share my food with one of my own, my fellow human beings,
instead of throwing it away filled my heart with great joy. As I drove on, I reflected on my chance meeting with the two gentlemen. They were European, I was African. We were all hungry, yearning for food to still our hunger. I was delighted at the opportunity to help them; they were no doubt grateful for the help from a fellow human being. As I enjoyed my pizza, I pondered the matter. If humanity would concentrate on what we share in common, instead of dwelling on the differences, even though we might not be able to build a heaven on earth, how many conflicts could be avoided?! If we could learn to bear each other irrespective of the skin colour we are endowed with, instead of waste our energies on highlighting our differences, how many conflicts stirred by racial prejudice would we avoid?

A CALL FOR AN INTERNATIONAL COVID-19 TASKFORCE