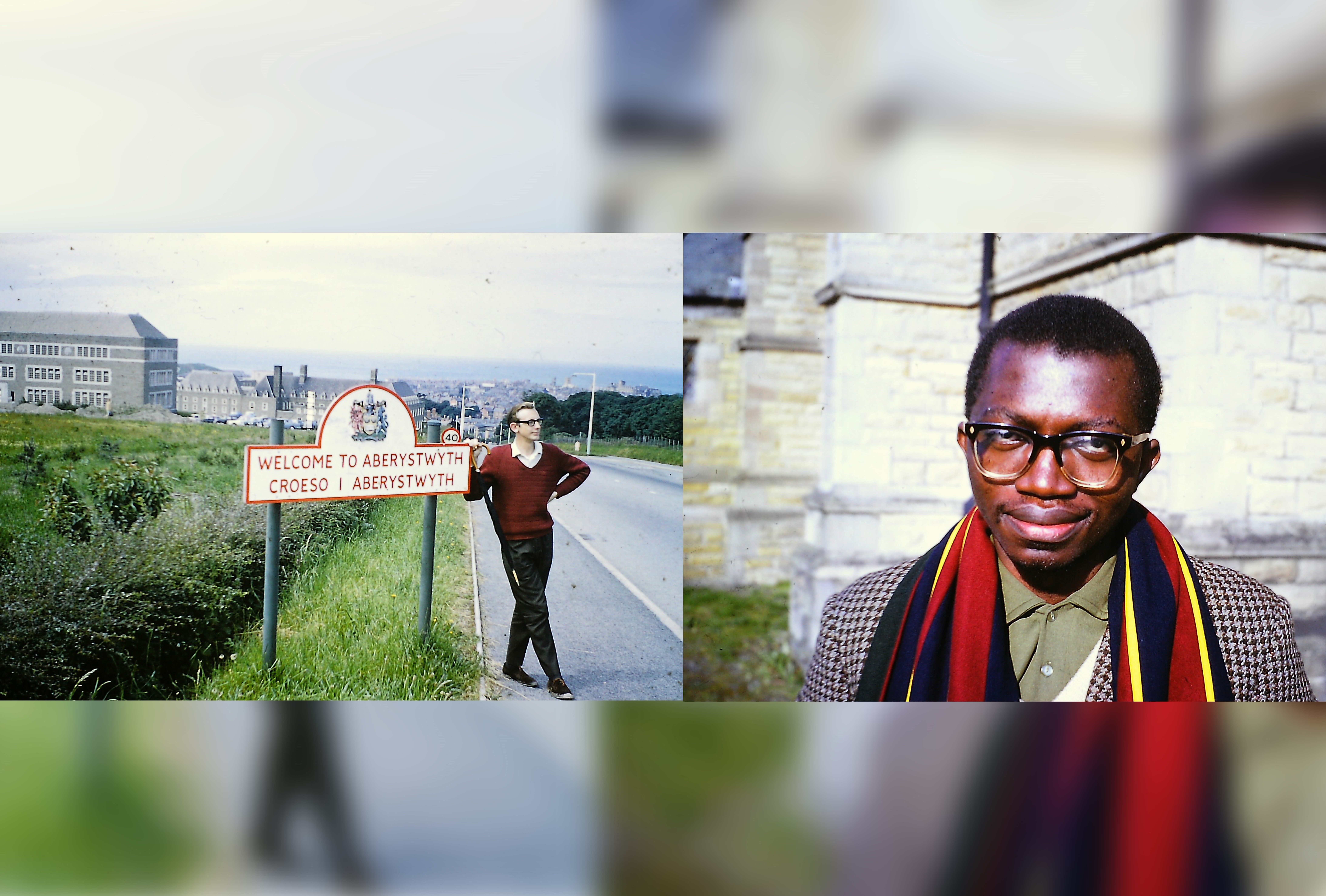 NOTE TO THE READER:
In response to the racial tension that has engulfed the US in recent times, I came up at the end of August 2020 with the article “A National Befriending and Twinning Initiative for Uncle Sam”. Prior to publishing it on my website A National Befriending and Twinning Initiative for Uncle Sam!, I submitted it to my long-time editor and Christian brother Dr Charles Muller for editing.
He not only attended to the editing, but wrote a touching testimony of his own personal experience of how people of different racial, ethnic, cultural and socio-political backgrounds can get along well with each other. I am publishing his story in full with his permission.

I was a lonely student at the University College of Wales in Aberystwyth in 1966!
Indeed it was a very lonely year, away from home which for me was South Africa in the apartheid years. The British Council appreciated the isolation of many of its overseas research students and organised a get-together so that everyone could meet and get to know one another! That is exactly what you are proposing, Robert! I looked forward to the meeting, eagerly, as I was so isolated. When I went to the hall for the occasion I was surprised and anxious at what I saw! All the other foreign students were from Africa, and dressed in their traditional tribal outfits, including colourful headgear and fly-whips! We sat in a big circle and we were asked to stand up in turn to introduce ourselves. I was in a panic. Each one stood up in turn and gave his or her name and then everyone clapped. I was in a panic because I was the only white face there and I came from the dreaded Apartheid South Africa! What would they do when I stood up and gave my name and country?! When my turn came I stood up and gave my name and said, “South Africa” – my heart pounding! But they all clapped, as they did for everyone else! Then the man on my left stood up and said, “Amos Lavelly – Sierra Leone!” And they clapped for him too. Then when the introductions were complete Amos Lavelly turned to me with a big smile and said, “My goodness – you’re from South Africa!” That was the end of my loneliness.

Amos and I became close friends. We had the same interests – photography. We travelled together throughout Wales, walking in mountain paths and comparing notes about our lives. He missed his country too and said how he often thought about lying in his hammock at home while his grandmother brought him a bowl of rice! He was studying for the M.Sc degree on weather research, and we met often with his other friends, many of them Africans and Chinese. One night we all stood under my umbrella in the rain while we ate hot-dogs on the promenade, and met together for slide shows. Amos told me afterwards that the others asked him, “Is he REALLY from South Africa?” We had forgotten about our different skin colours. A touching event took place on a certain day when Amos came to my flat early in the morning, looking very concerned. “Your Prime Minister has been assassinated, Charles. I am sorry to give you this terrible news!” He was concerned for me – but I was not unduly upset because Prime Minister Verwoerd was the father of Apartheid! But I was so touched by the concern of my friend Amos for his white South African friend!

So it is true, Robert – getting to know one another is the answer – as we know each other in Christ through whom we are all equal, neither Jew nor Greek or Black or White! That British Council meeting was an initiative to befriend one-another, and it worked! The British Council also arranged bus tours throughout Wales for us, when we travelled together and chatted as equals – because we were all equals together there.

AN UNFORGIVING SPIRIT –A POISON TO OUR HEALTH