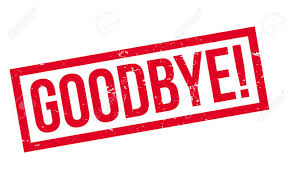 I AM BIDDING FAREWELL TO MEDICAL PRACTICE