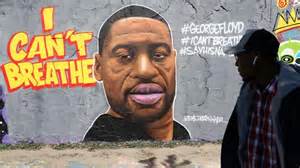 I read this piece from the June 4, 2020 edition of CNN online:
County and family release conflicting autopsies
OFFICIAL REPORT: Floyd's death was due to cardiopulmonary arrest — or the
stopping of his heart — according to the final autopsy results released by the Hennepin County Medical Examiner.
INDEPENDENT REPORT: An independent autopsy commissioned by the Floyd family disagreed with the county's conclusion, saying he died of "asphyxiation from sustained pressure."
My own opinion as a medical doctor and neutral observer on the matter is as follows:
For one to conclude that Floyd’s death was due to cardiopulmonary arrest is no news to me.
Whatever happens to cause someone’s death, the bottom line is that the heart will stop beating at some point.
If for example a gunshot wound to the body results in uncontrolled severe bleeding in massive volume, a time eventually comes when the heart stops beating leading to the death of the individual.
The issue at stake in Mr George Floyd’s case is– what caused the heart to stop beating?
The independent autopsy concluded that he died of "asphyxiation from sustained pressure."
The dictionary definition of asphyxia is : a condition arising when the body is deprived of oxygen as a result of suffocation. Suffocation on its part is defined as the process of dying from being deprived of air or unable to breathe.
The heart needs energy to carry out its pumping activity. Oxygen in the air we breathe is required to carry out the chemical reaction in the cells of the heart. Deprived of air for a few minutes the heart’s pumping activity ceases.
Even as I write this piece, the desperate cry of Mr Floyd, “I can’t breathe!”, captured on the cell phone recording is still ringing in my ears!
Based on the evidence available to me, I personally have come to the conclusion that “asphyxiation from sustained pressure" was the cause of death– end of my contribution to the case.