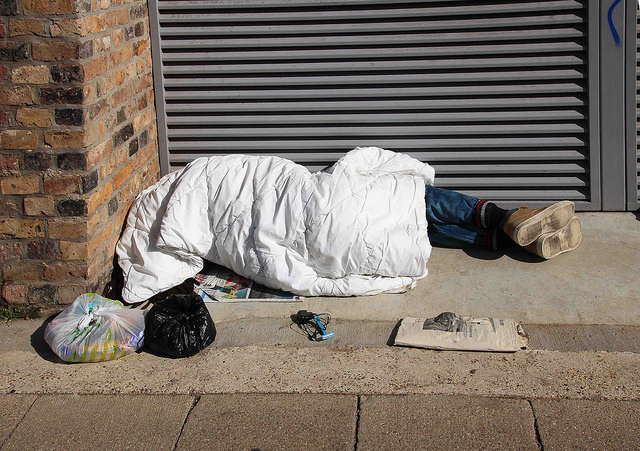 My childhood dream was to study medicine to help improve the healthcare provision of my village of birth, Mpintimpi, and its surroundings.

Though born to impoverished parents, I managed to attend secondary school by the hand of Providence. In June 1978, I sat for my G.C. E A-levels. I put in extra effort in my preparations towards the exams to ensure I obtained the grades that would guarantee me a place in  medical school

Then there were only two universities with medical faculties in my native Ghana. Between them, they offered admission to about eighty students nationwide. As to be expected the competition was very tough. Though my grades qualified me well, I could not obtain one of the highly contested vacancies without any connection to the top.

As I struggled to come to terms with my disappointment, a friend of mine directed my attention to the “Eastern Scholarship scheme.” Under the scheme, countries of the then Eastern block countries offered scholarships to students of the developing world to study in their various countries.

Initially, I was selected to study medicine in the Soviet Union. Just as I was rejoicing at the news, one day, I was told the scholarship board had eliminated my name from the list of successful candidates!

Just as my world seemed to collapse around me, I saw a ray of light pointing me to the then West Germany. Why West Germany, one would ask? Two main factors accounted for my newfound hope.

In the first place, I learnt that tuition was free in German universities for every student, foreigners included.

Secondly, a Christian sister in our church in Accra had just moved there with her husband. She promised to do what she could to assist me in the initial stages should I manage to make it there.

With that background information, I sat down to consider how I could make it to West Germany.

I established that there were two avenues at my disposal. I referred to them as the official and unofficial routes.

The official pathway was to pay for a German language class in Accra. After passing a test in basic German, I could apply to various German universities. If I got one of them to offer me admission, I would approach the German Embassy to apply for a students visa.

Though, as already touched upon, tuition was free, I would be required to show proof of being capable of paying for my sustenance. One had to prove one would receive around 500 USD monthly support from credible sources when applying for the student’s visa.

Besides that proof of financial support, one also had to provide a plane ticket.

It is superfluous to state here that the official pathway was a non-starter for me.

Even though the hurdles presented by the unofficial pathway seemed less arduous, for reasons already mentioned, it was also a non-starter.

Notwithstanding the seemingly impossible prospects, I was still determined to pursue my path to medical school.

Just as I was contemplating my next move, I bumped into Yaw, an old acquaintance of mine on the streets of Accra, one day.

I got to know Yaw through George, my best friend from my secondary school days.

Yaw told me he was on his way to Nigeria. His goal was to work for his ticket to the USA to realize his dream of studying architecture.

Why Nigeria, one would ask? The answer is that then, the buoyant economy of the oil-rich West African country served as an attraction for large numbers of residents of countries of the region looking for work.

“Where would you reside in Nigeria” I enquired.

“In a house in Lagos under construction.” He replied.

“Going to stay at a construction site?”

“Yes, you heard me right. The property belongs to an elderly Nigerian lady who used to reside in our village. She is back in his native country. One day he bumped into a couple of residents of our town who got stranded on the street of Lagos. On realizing their pathetic plight, she permitted them to move there.

Initially, there were about half a dozen of them. The number of residents –all from our village—is said to have increased to over two dozens.”

I saw my chance! I would join Yaw on his trip to Lagos to work and earn my ticket to Germany.

Soon it dawned on me I had no money for the bus ticket for the journey to Lagos, which is about 500 kilometres to the east of Accra.

Fortunately, a friend of mine came to my rescue by arranging a loan from his sister.

Thus on Monday, December 1, 1980, Yaw and I set out on the journey into the unknown.

After driving through Togo and Benin, the two little French-speaking countries sandwiched between Ghana and Nigeria, both English-speaking, we finally arrived in Lagos, the then capital of Nigeria, late in the evening.

After asking our way a couple of times, we finally arrived at the accommodation.

It did indeed deserve the designation ‘construction site’. Only the ground floor and the first storey of what was to be a four-story apartment building was complete.

There was no running water there. A dug well, actually inside the house, provided the inhabitants and the construction workers with water.

The toilet facilities were not in place; a makeshift pit latrine served as a toilet. The kitchen was still in construction; we used kerosene stoves to cook under the free sky.

As already mentioned, about two dozen others were living at the site when we arrived there. We slept in groups of about five in rooms that were yet to have their doors fitted.

We earned our income through performing casual jobs on building sites.

Except on Sundays, we left home early in the morning in small

groups of three or four. We set out to visit one after the other, some of the several construction sites in the vicinity, carrying small polythene bags containing the work suite.

When we got to a site, and there was a demand for workers that day,

they asked for the number they required to begin work immediately.

If there was no demand, we moved to the following construction site.

On some occasions, one failed to find a job entirely on a particular day.

Christmas day, Thursday, December 25 1980, dawned on me under the above conditions.

The owners of most of the construction firms that offered us jobs were Muslims, so to them, Christmas Day was business as usual. We lived from hand to mouth from the daily income each of us obtained from the everyday work on the construction sites. Hardly anyone could afford to miss the payment from a working day.

So, on Christmas Day, 1980, I joined other residents of the “construction site” going about in search of work; happily, I found one.

Thus instead of attending church, which I would have done at home in Ghana, I engaged in strenuous, back-breaking work. The work involved, among other things mixing concrete with the help of a shovel, conveying building materials on the head from one floor to the other, producing building blocks making use of hand-operated block machines etc.

I returned to the makeshift accommodation exhausted to the point of near collapse. I retired to sleep on a mat spread on the bare floor of one of the rooms of a build nowhere near completion to await the dawn of a new day—soon I was lost in deep sleep.

**Those wishing to read a detailed account of how I made it from my little village Mpintimpi in Ghana to medical school in Germany may click on the link www.peprah-gyamfi.org to order  THE CALL THAT CHANGED MY LIFE or the slightly abridged version MEDICAL SCHOOL AT LAST

**Fans of the Kiddy Kiddy Books series, desirous of finding out how Kofi Mensah experience his first real Christmas, may click on the link  www.kiddykiddybooks.com  to order their copies of COUNTDOWN TO A VERY SPECIAL CHRISTMAS